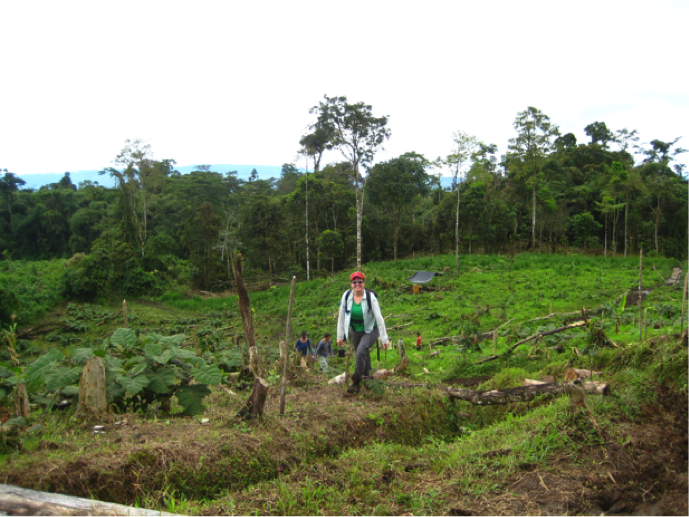 "To build a sustainable, climate-resilient future for all, we must invest in our world's forests. That will take political commitment at the highest levels, smart policies, effective law enforcement, innovative partnerships and funding." Ban Ki-Moon

Forests play a key role both in contributing to and addressing climate change. According to the FAO, when cleared, they contribute about one sixth of global carbon emissions. On the other hand, standing forests have the potential to remove 10% of all global carbon emissions projected for the fist half of this century. In terms of biodiversity, the Amazon forest is home to one in ten known species on the planet.

It has been ten years since the global climate community agreed that a financial mechanism to support reducing emissions from deforestation and forest degradation (REDD+) must play a role in fighting climate change. Since then, a vast number of research projects have studied how REDD+ can be achieved in practice, and it has become increasingly clear that simply providing money for local landowners not to cut down trees is insufficient to protect forests on its own.

Instead, research and practical experience show that promoting sustainable tropical forest management requires robust financial, governmental, and other institutions to manage both forests well, and money fairly. Each country, and many regions within countries, has different institutional traditions, legal frameworks, land ownership structures, and local cropping, hunting, and forestry practices.

Most of the world’s tropical forests are found in rural, isolated areas, where weak institutions predominate, and it is widely agreed that these institutions need to be strengthened for REDD+ to work in practice. However, there is considerable debate about how to best strengthen institutions to support reduced deforestation: through government-led (“top down”) institutional measures, which may be perceived as more efficient, or through “bottom-up” efforts, which may be perceived as more fair or inclusive. The interaction between these two approaches has rarely been studied for REDD+.

In our new study published in the journal Ecology & Society, we evaluated the institutions governing indigenous people’s participation in a national-level forest conservation program in Ecuador, the Programa Socio Bosque. Socio Bosque aims to enroll 4,000,000 hectares and 1 million people by providing an economic incentive to promote both forest conservation and poverty alleviation, and is a key part of Ecuador’s REDD+ strategy. In Latin America, Indigenous communities occupy more than 20% of the Amazon forest, and have their own formal and informal institutions for managing forest resources sustainably. We conducted fieldwork and interviews in four different indigenous Kichwa communities in the Ecuadorian Amazon that receive financial incentives from Socio Bosque for protecting the forests on their land.

We evaluated local community institutions using six principles from Nobel Prize winner Elinor Ostrom's theory of collective action for common pool resource management. This theory consists of categories of resource management rules needed to promote effective management, including: clearly defined resource boundaries, rules that balance between costs and benefits and are aligned with local norms (congruence), those who make the rules are also governed by them (choice), active monitoring, graduated sanctions for noncompliance with the rules, and a mechanism to resolve conflicts. We used these categories to construct 12 measures of local institutional performance in the four communities studied (Figure 1).

We analyzed our results in terms of three levels of institutions, incorporating analytical elements from Bray (2013): those institutions that determine “who” gets to make the rules (constitutional level), those institutions that determine “how” rules are made (collective-choice level), and those institutions governing day-to-day activities (operational level). Overall, our results (Figure 1) indicate that those determining who makes the rules worked quite well (Principle 1, in blue). These rules have been established at the national level through legislation on property and collective rights. For example, communities in Ecuador are required to draw up a formal list of community members and their respective rights in order to be able to get their land titled, something we observed in all communities. For determining how rules were made, there were effective mechanisms in place to include residents in the decision to join the program, where 70% reported that they participated in the decision to join the program, but not for decisions for how to spend the money in the investment plan, where less than a quarter participated (Principle 3, in orange). We found specific challenges with the day-to-day operational institutions that arise from participation in nation state–community conservation programs, such as monitoring, sanctions, and conflict resolution (Principles 4, 5, and 6, in green), where only 21-41% of community members reported good performance. 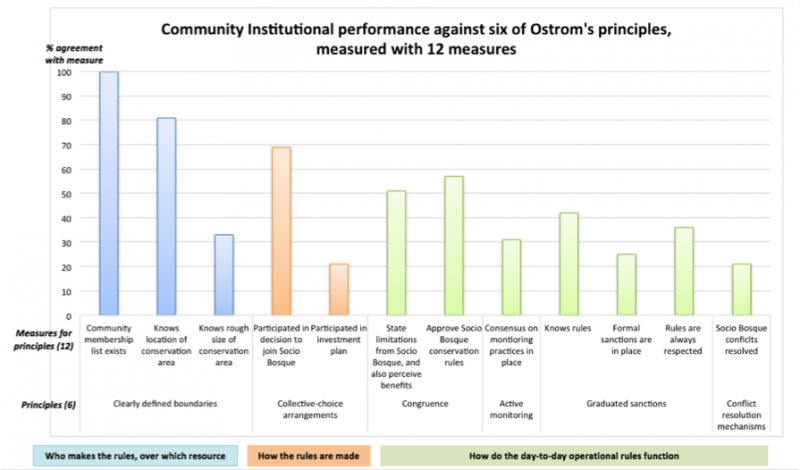 As a main result, we highlight that public policy plays an important role in supporting communities to establish certain local institutions for REDD+. However, developing operational institutions may take more time since they depend on local families’ day-to-day use of resources. They thus may require a more nuanced policy approach that recognizes the limits of government reach, and therefore prioritizes and supports local institutional development. This will need to be accompanied by significant initial support for capacity building as well as contextual awareness of the interplay between top-down policies and local institutional development. For example, the community that performed best overall in our investigation was the only community that had drawn up a land management plan prior to their participation in Socio Bosque. This land management plan established locally defined rules for forest management, and appears to have strengthened local institutions for more effective local participation later in Socio Bosque.

In our paper, we conclude by presenting a framework that can support policymakers and practitioners in understanding institutional interplay. A supportive enabling environment as well as strong local resource management institutions would provide a more robust platform to achieve the shift from current land use driving deforestation to a lower-carbon-emissions land management trajectory. In Ecuador, we argue that supporting locally-driven land and forest management planning will help to create the local institutional settings necessary for an effective and equitable REDD+ mechanism. 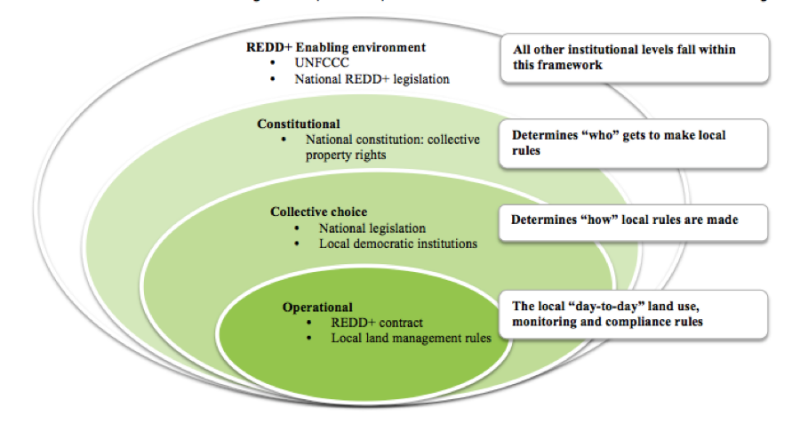 Figure 2: Multi-level institutional framework proposed for forest governance under the REDD+ mechanism. The three institutions visible at the community level where programs are implemented (green) fit within a global REDD+ setting that is supportive of local institutional development.